The badly peeling mural in the rotunda dome of Liverpool’s former Royal School for the Blind is an impressive work of social documentary. First though a little background. The school was founded in 1781 (the first blind school in Britain). The first premises were on Commutation Row and in 1800 a purpose-built school was opened up on London Road. The 'new' Hardman Street school was built in 1849-51 when it was necessary to move from London Road due to railway expansion. In 1957, following the move of the school to Wavertree (where the junior school was located) the building was sold to Liverpool Corporation. It then became Merseyside Police HQ. When the police moved to new premises in 1982 the old Blind School became the Merseyside Trade Union Community and Unemployed Resource Centre (MTUCURC). 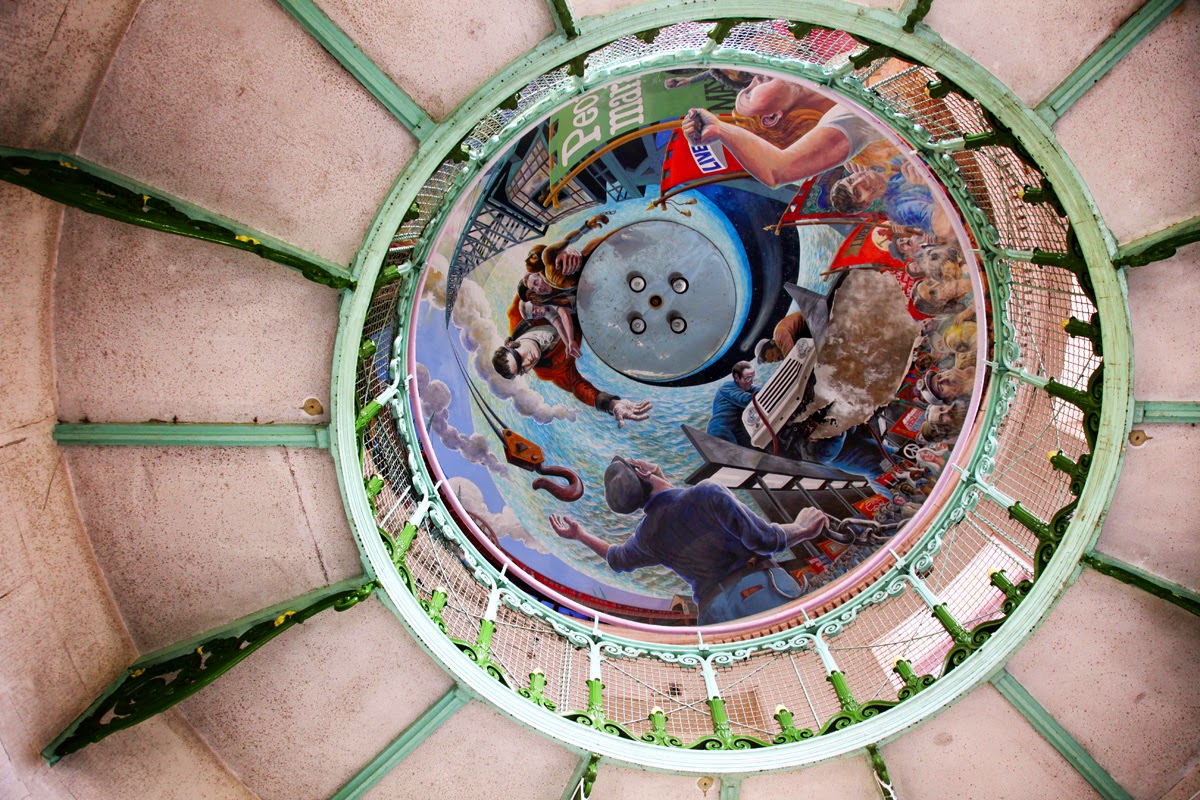 The mural was painted (in socialist realist style) by the late Mike Jones in 1986 to commemorate the ‘Peoples March for Jobs’. It features Karl Marx amongst the marchers and depicts scenes from industrial Liverpool (e.g. the docks, Halewood’s car factory and the foolishly demolished Overhead Railway). The MTUCURC closed in 2004 since when the building has remained empty. It would be folly to lose this important mural, but unless it is hastily restored by the building’s new owners (Hope Street Hotel), it will soon be gone forever. I worry that its restoration may not be part of the plans which will soon see the old Blind School turned into apartments, pub, restaurant and offices. 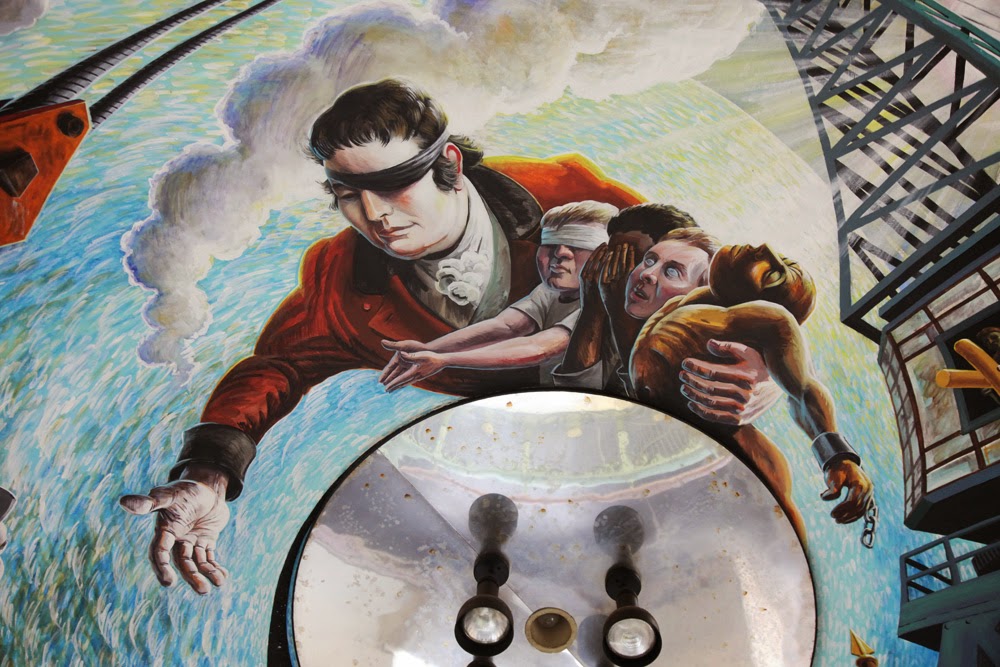 The mural's central figure is Edward Rushton, a Liverpool radical and founder of the school. He was an anti-slavery campaigner and a poet. He lost his sight at a young age by contracting opthalmia whilst serving in the merchant navy. The Everyman Theatre are staging 'Unsung', a play of Rushton's life, in March 2015. The following photos show sections of Mike Jones' mural. 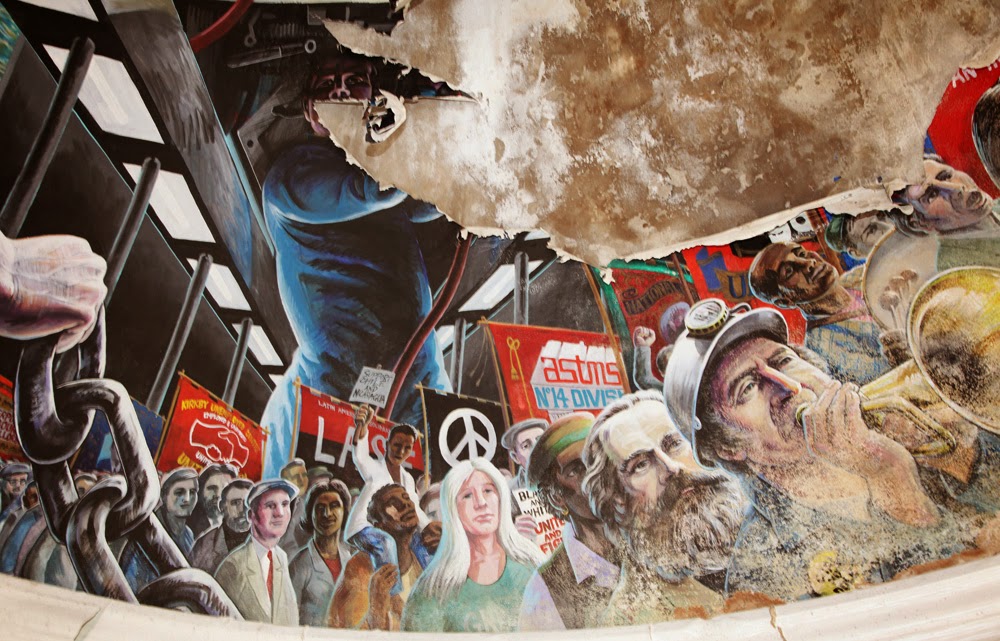 Karl Marx joins the marchers and is that Arthur Scargill in front of him? Notice how part of the scene has peeled off. Is it really likely that the new owners will go to the trouble of restoring this important mural? 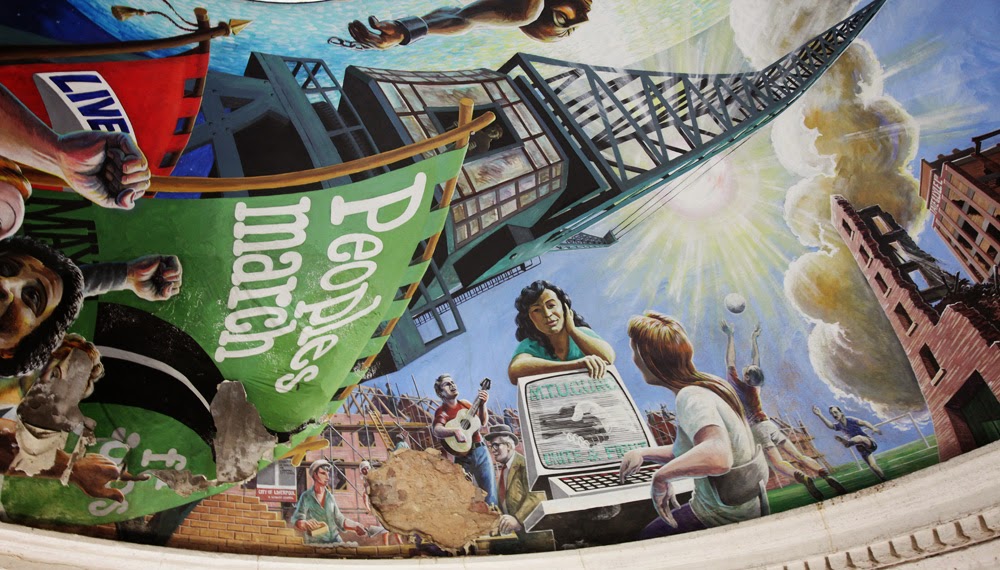 L to R - The Peoples March for Jobs (Liverpool - London, May 1981), the Women's Technology Centre (located within the MTUCURC), Tate and Lyle warehouse demolition. 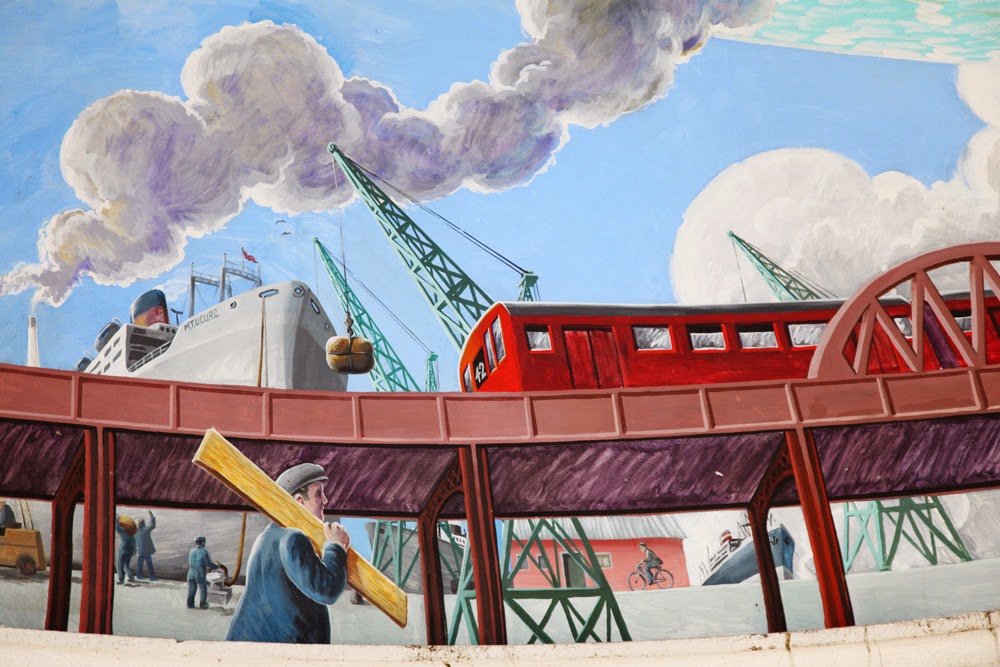 the docks and Liverpool Overhead Railway. (The ship's name is M.T.U.C.U.R.C.) 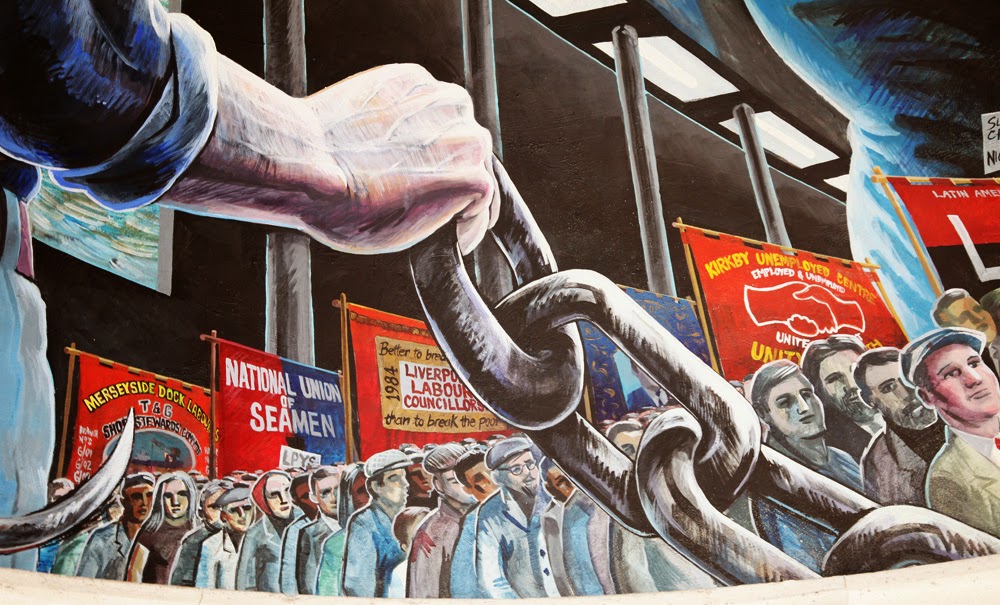 
POST SCRIPT
In 1993 Mike Jones painted a companion piece to this mural. Many of the same elements were included. It is called 'Unemployment on Merseyside: Campaigning for the Right to Work' and is housed in the Museum of Liverpool (the one by Pier Head)