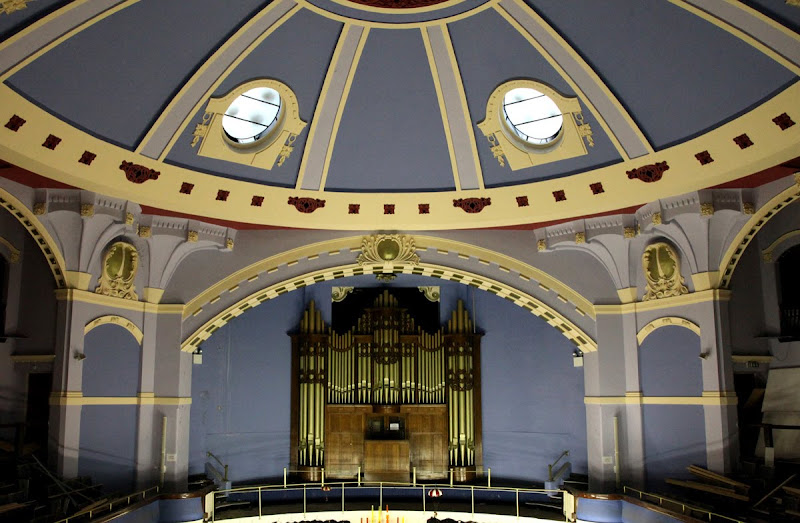 this is a privileged view from the 'circle' in Liverpool's Central Hall (built by the Wesleyan Mission, 1905). Sold by the Methodists in 1990 it spent a couple of years from 1998 as Barcelona nightclub (I think it's sad that important architectural buildings become nightclubs - especially churches) and it now houses a strange assortment of shopping units. Great for goth clothing, tattoos, novelties etc. some of which have relocated from Quiggins which was demolished in 2007 as part of the Paradise Street Development Scheme (from which Liverpool One was born).
The circle seating is all intact and I was told that a refurbishment of the upper area is planned - it would be great to attend a function in this wonderful building and just amazing to hear that organ played again!
Posted by Alan Carr at 22:38 No comments: