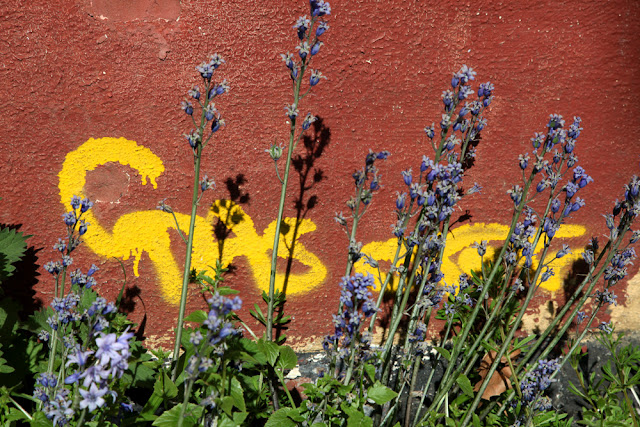 In both Edge Hill and Toxteth, where entire streets have been evacuated, essential services have to be disconnected. All houses that are awaiting demolition have 'E/Off' and 'Gas off' painted on the front. 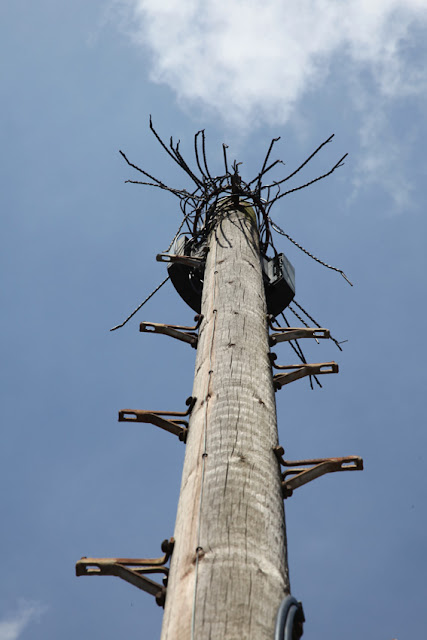 A glance at the telegraph poles in the Welsh Streets shows that the lines of communication have all been cut.
Posted by Alan Carr at 00:21 2 comments: 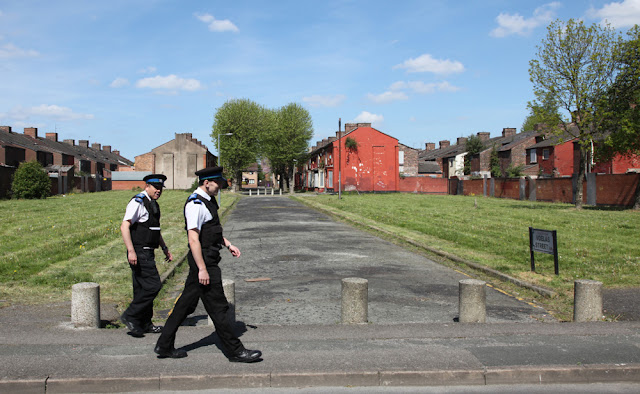 I love the short Voelas Street. Tree-lined with large grassed area at the South Street end that the children must have used for playing when the houses were occupied. That red end-terrace looks so appealing in the sunshine (I know that my romantic view doesn't reflect the conditions in these properties). I was told by a local that when the houses are demolished (possibly this month) the trees will be kept in all these streets. We'll see what happens. Whilst looking for shots in the morning sun, these two community policemen came past and were happy to be photographed before stopping for a short chat. 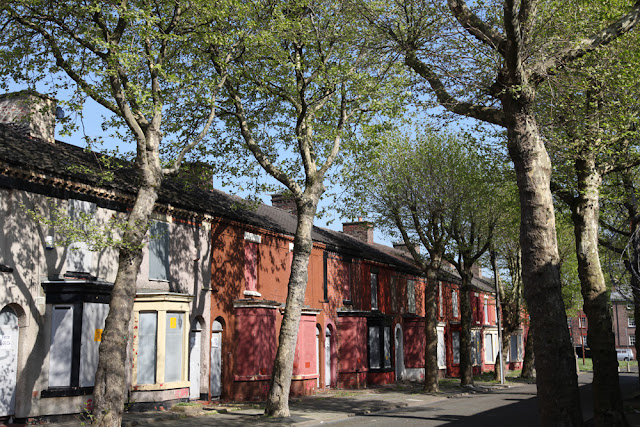 Voelas Street from the other end (High Park Street) 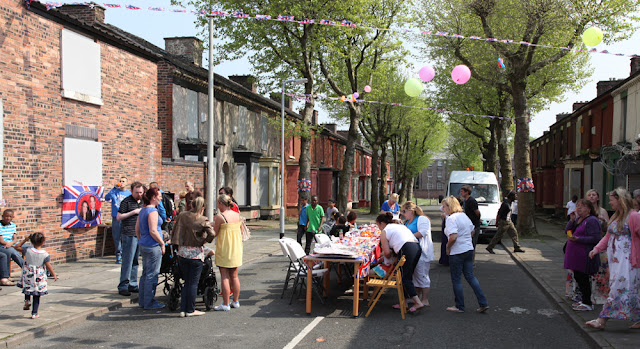 For the last time, Voelas Street comes alive. It's a street party (for the Royal Wedding on 29th April). There was a barbecue and a disco. A community policeman asked me if I had permission to take photographs (he knew that I was a stranger in this area). I explained that party organiser Adam (who owns the corner newsagents / general store) had invited me to attend and that I was keen to record the street with people - something that won't be seen again.
Posted by Alan Carr at 08:08 2 comments: This used to be the site of Edge Hill Public Baths on Lodge Lane - next to Edge Hill Library which is still open. I hear there are plans to redevelop this site, so the derelict landmark building (not itself part of the baths) will probably disappear - I'll make enquiries next time I get chance. I wonder what happened to the roof - vandalism / arson maybe? 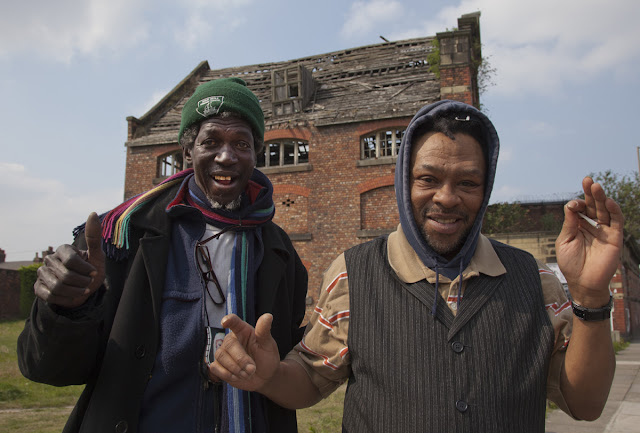 When I was photographing it a friendly passerby engaged me in conversation - his name is Bello (left). He was telling me that he is a guitarist when his mate arrived and joined in for the photo. I never got to hear the rest of Bello's tale - maybe another day!
Posted by Alan Carr at 12:56 2 comments: