Wednesday 30th Nov, 2011 saw the biggest one day strike in the UK for a decade. Unions had called members out to support their demands that the government rethink plans to reform public sector pensions. It is claimed that 2 million people went on strike throughout the UK. Two thirds of schools in England were closed (almost all schools were closed in Scotland), 7000 operations were cancelled in hospitals, emergency services couldn't deal with all 999 calls, no buses or trains were running in Northern Ireland ...... the list goes on. David Cameron called the strike "a damp squib" in Parliament. I'm sure he doesn't really think that but if he does then he is SO out of touch. I photographed the strike rally in Liverpool where 15,000 people marched through the city - I was amazed by the turnout at St George's Hall, and the strength of anti-govt feeling. (See how the Prime Minister is portrayed in the Socialist Worker placard below - top photo, r/h side) 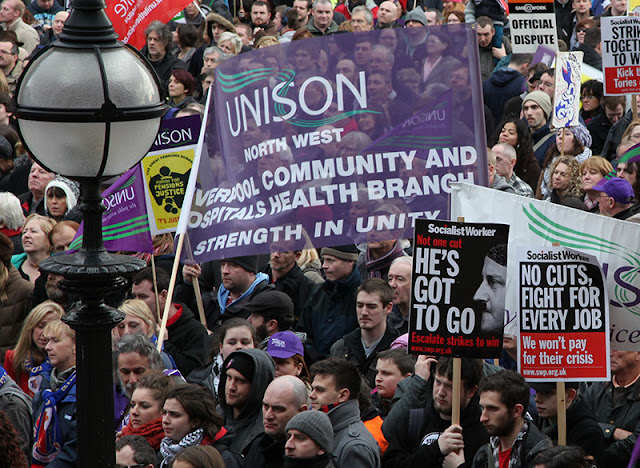 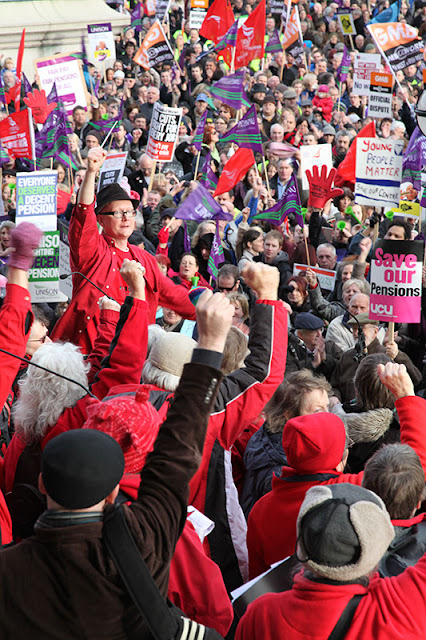 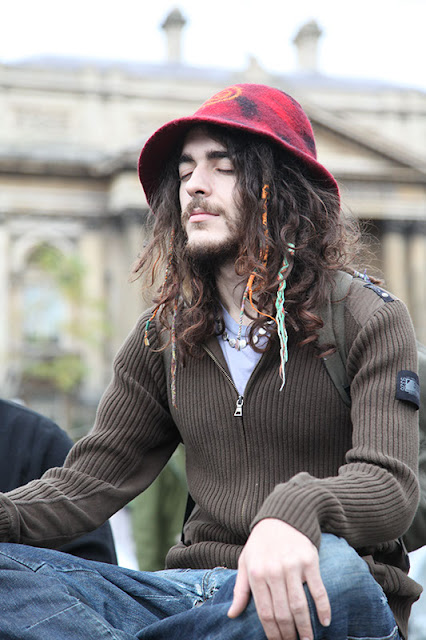 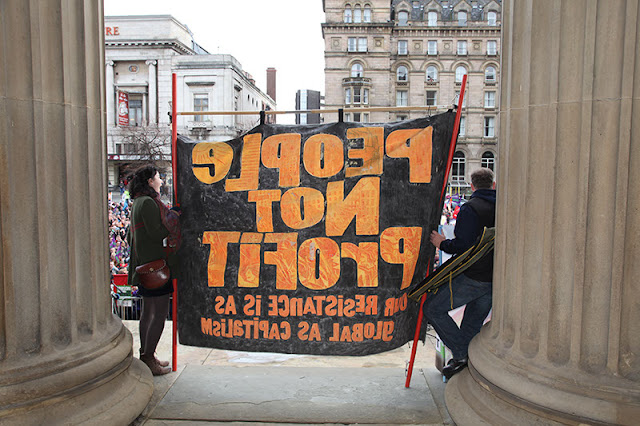 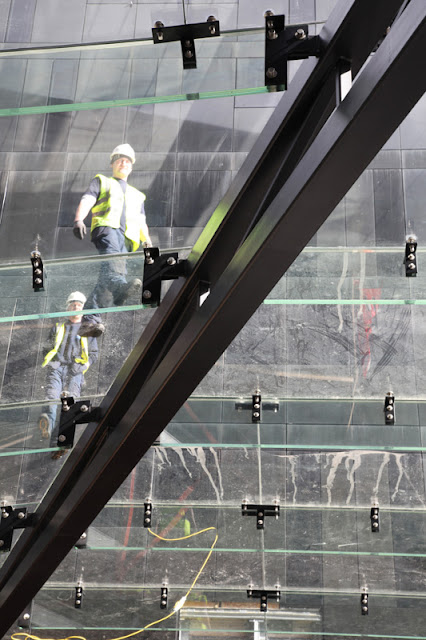 The new black glass constructions at Liverpool's Mann Island redevelopment were almost complete in March 2011. Love them or loathe them (if you have read previous entries to this blog you'll know my views) they can provide interesting photo opportunities with their angular construction, dramatic outlines and reflective properties. Here, I was poking around in the entrance when I saw these men working on the glass roof which connects two of the buildings. I had to be quick - sometimes the best photos come that way!

This beauty was demonstrating Chinese dancing at the Bold Street Festival. There was a large crowd gathered around and she moved and twirled so quickly that photography was difficult. This was one frame that turned out OK I thought. 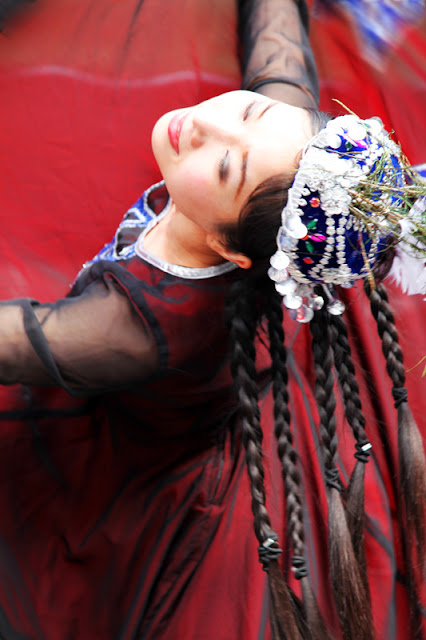