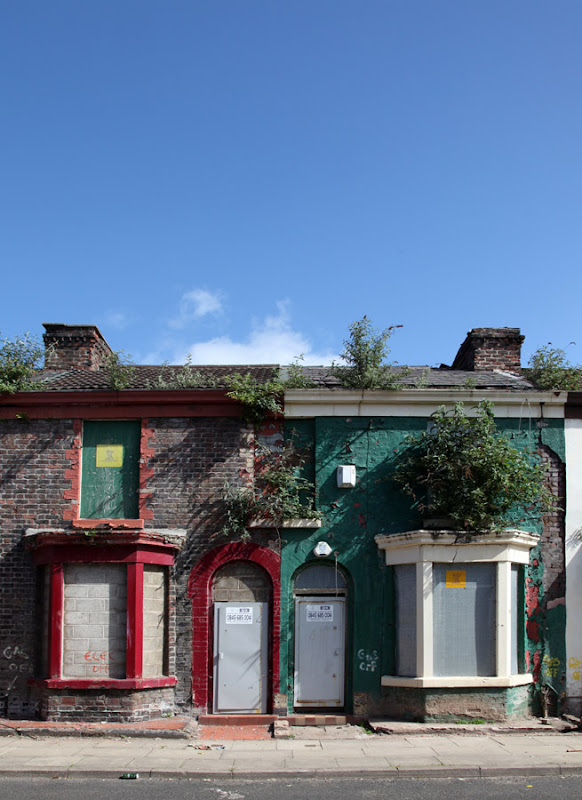 Royston Street is in two halves (split by the intersection with Dorothy Street). The houses in the western half (the Marmaduke Street end) must have been vacated a lot earlier than those in the eastern half (the Dunning Road end) judging from the shrubbery which has taken hold in bedrooms and roofs.
Posted by Alan Carr at 00:42