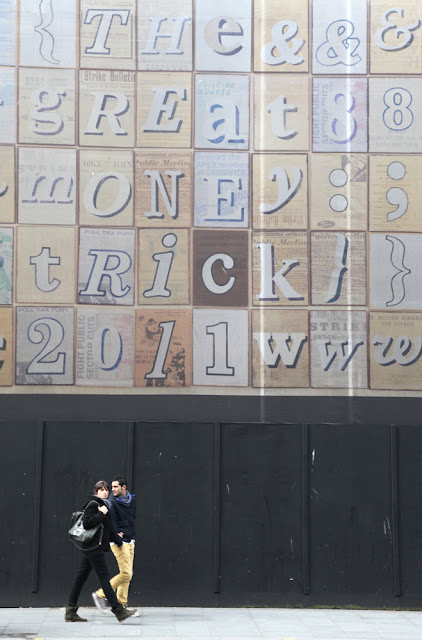 I recently visited a few of the Victorian terraced streets near to Liverpool's football stadium which are scheduled to be demolished as part of the Anfield and Breckfield Regeneration scheme ('creating neighbourhoods for the future'). Once levelled they will disappear beneath the large housing estate that is currently being constructed over the graves of recently demolished neighbouring streets.

I've wandered through several 'regeneration' areas of Liverpool where whole streets have been emptied and 'tinned up'. One familiar sound breaks the silence in all of these places. It's the hopeless 'cheep' of a smoke alarm - calling to a long departed occupier to replace the battery. Somehow that seems so sad!
Posted by Alan Carr at 09:40 3 comments: 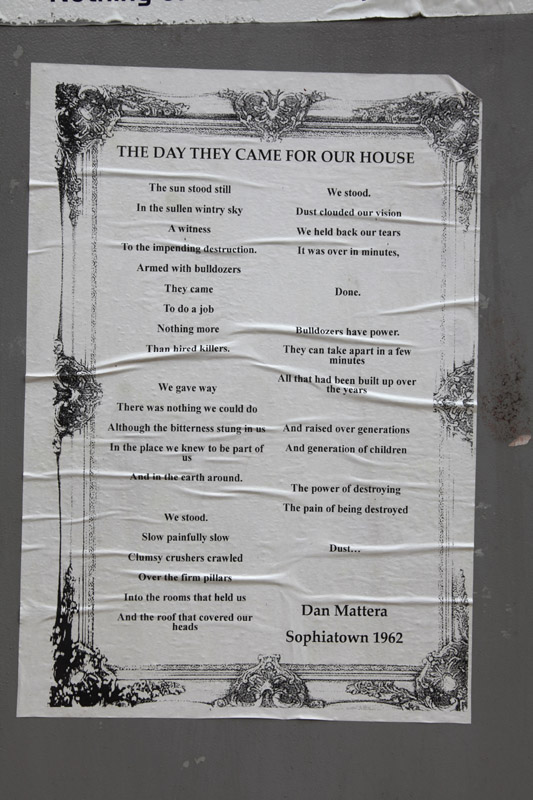 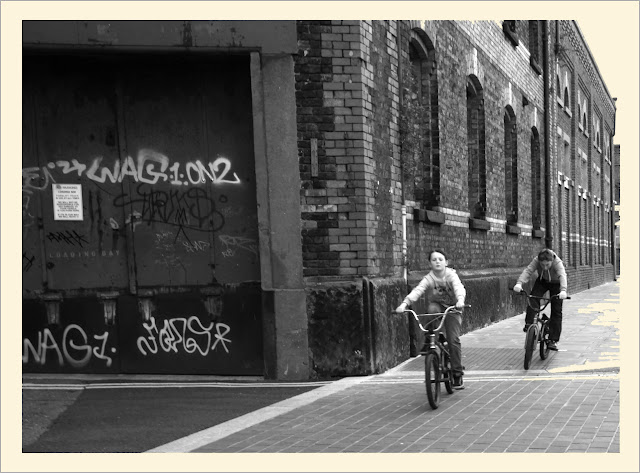 If you take a look at any social documentary photography before the late 1980s you will see images of children playing in the streets with bikes, carts, skipping ropes etc - reflecting the way they spent their leisure time within their own environment. This is important documentary information. Sadly, in this age of exaggerated fear for our children's safety, we have now made it unacceptable for photographers to record them in their surroundings. In the coming years we will find that we have lost a huge amount of information about how our children and their friends played and entertained themselves in their own neighbourhoods. The Facebook age will have recorded plenty of camera-phone images of children in the safety of their family surroundings, but little of the documentary material that previous generations of photographers have recorded.

This photograph was taken last week when I was returning to my car in Jamaica Street, Liverpool after a day in the city with my camera. I love the old warehouses in the area and when I saw two boys racing towards me on their bikes I thought it might be a chance for a vintage shot. Not wanting to alarm the children I had to 'shoot from the hip' - with my heavy DSLR this usually results in dismal failure, but on this occasion I got fairly lucky. I converted the image to B/W in order to recapture a feel of 60s Liverpool. It might not be great photography but it's social documentary and I'm happy with it!
Posted by Alan Carr at 00:20 2 comments: East Float Dock, Birkenhead. This is a revisited location - see my entry for 7th Nov, 2010 (http://darkhorseliverpool.blogspot.co.uk/2010/11/fishing-float.html). The children keep themselves amused whilst the father is fishing. I noticed the girl swinging on the chain fence and thought it would make a good composition. I had to be quick before I was noticed. 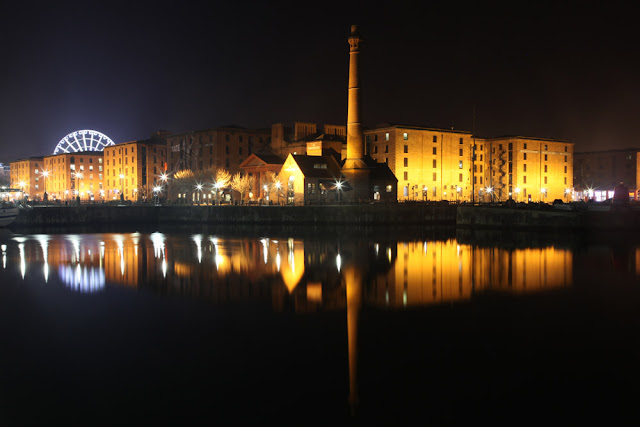 This view across Liverpool's Canning Dock is looking towards the Albert Dock - a hugely popular tourist attraction. The Maritime Museum is on the right (Tate Liverpool is also housed in these wonderful old dock warehouses).  I was looking for a night shot of the nearby Museum of Liverpool from this location but felt that this would also make an effective 'nocturne'. I waited a few minutes for the wheel to stop (left of frame) and hoped that it would be static for the 20sec exposure. Long exposures at night often produce peaceful scenes - as is the case here. There is a sense of unreality - this could almost be a model.  (f18, ISO 400) 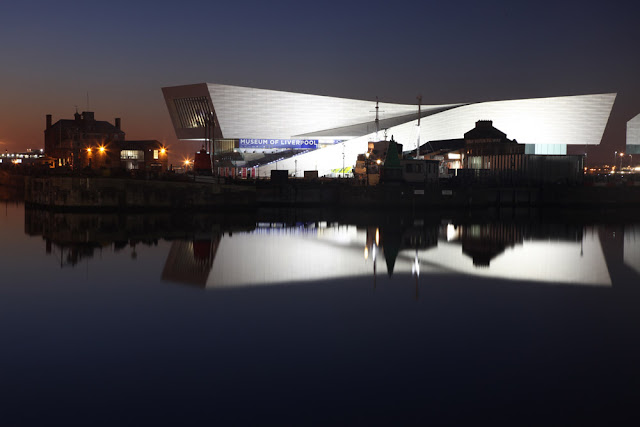 This is a view of the new Museum of Liverpool, also viewed from the Canning Dock. The waterfront museum was opened last year (2011).  It may not be everyone's idea of great architecture but it looks good at night! This was a 30 sec exposure at f14 (ISO 100)