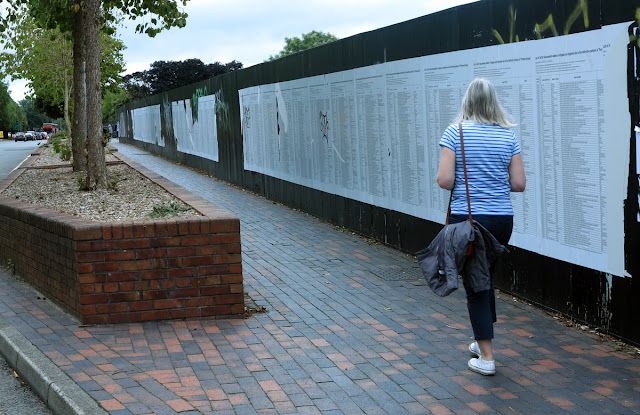 Great George Street pedestrians heading into Liverpool centre will have noticed a sobering use of the black hoardings which are hiding their view of the overgrown waste ground to their left. This is where the amazing New Chinatown is supposed to have been built (see previous post). 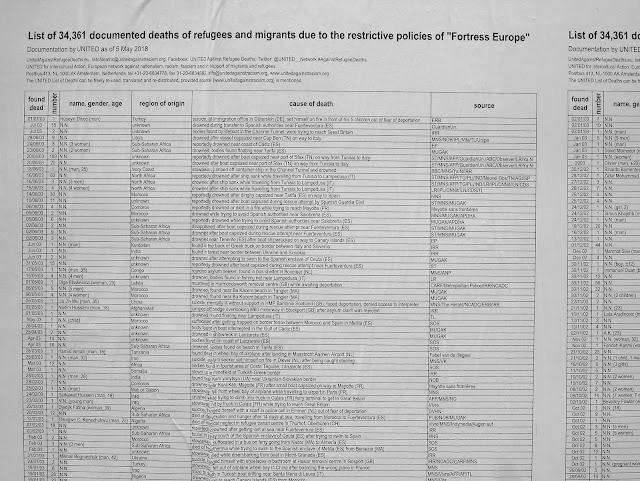 Whilst developers, lawyers and city council attempt to sort out the mess,  an Amsterdam based organisation, UNITED for Intercultural Action, have posted a list of '34,361 documented deaths of refugees and migrants due to the restrictive policies of "Fortress Europe". 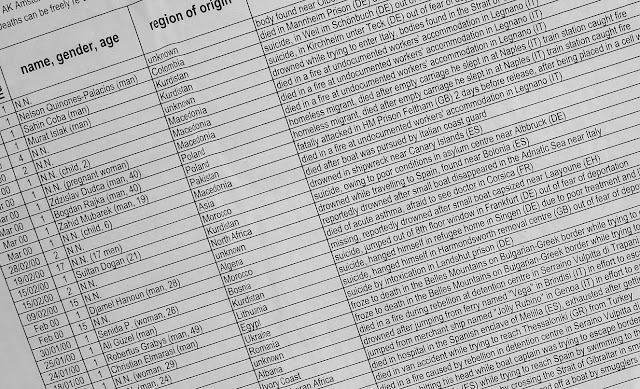 UNITED have facilitated up-to-date and translated versions of The List in several countries using public display structures such as ad-boards and newspaper supplements.The Liverpool list was produced by London's Chisenhale Gallery and Liverpool Biennial. It was printed and distributed by The Guardian for World Refugee Day  (20th June, 2018). 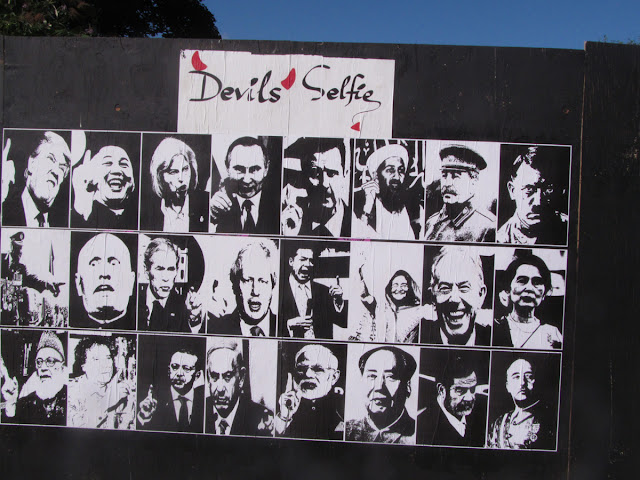 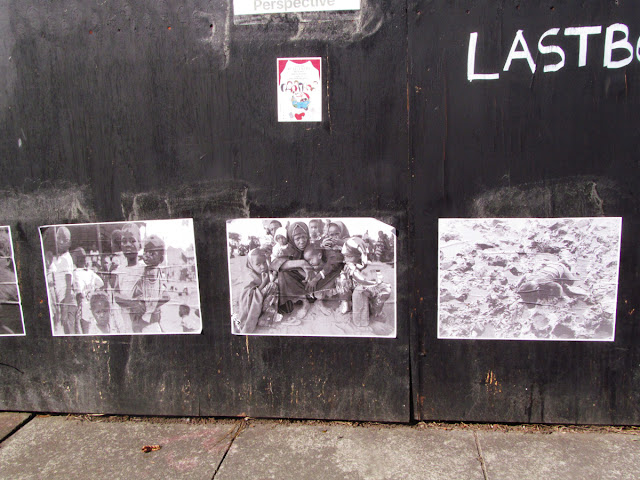 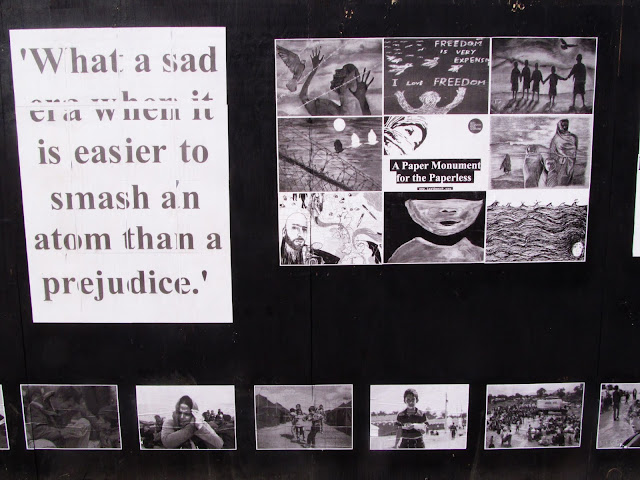 All of the images in this post were photographed in Great George Street within the last few weeks.
Posted by Alan Carr at 20:49