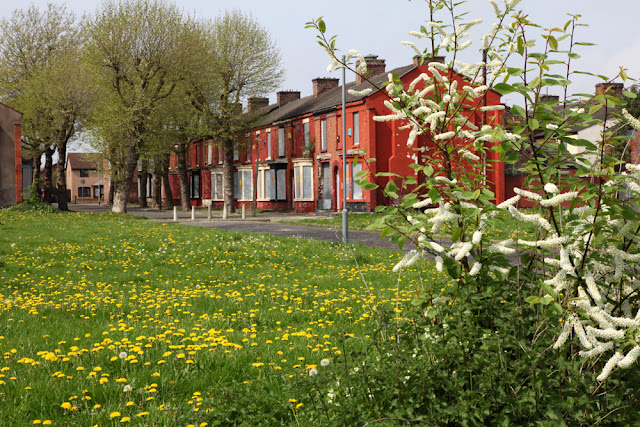 A group of Toxteth streets near Princes Park known as The Welsh Streets are shortly to be demolished. The Victorian terraced housing was originally built in the 1880s for the dockers (many of them Welsh) and the streets were given Welsh names. Wandering around these streets (April 2011) was a very strange experience - there were no people and no cars - it felt like an abandoned film set. The houses are now waiting for the demolition team. Like Edge Hill, this area is being 'regenerated'. This view of Voelas Street looks friendly and inviting but, in reality, it is deserted and silent - many of the houses in a poor state of repair. The loss of these terraces will remove much of the character of the area and, perhaps more importantly a part of Liverpool's social history will be lost forever. Ringo Starr was born in The Welsh Streets and his house (in Madryn St) will be bulldozed too. Should it be saved? A future blog post will discuss this further.
Posted by Alan Carr at 00:08