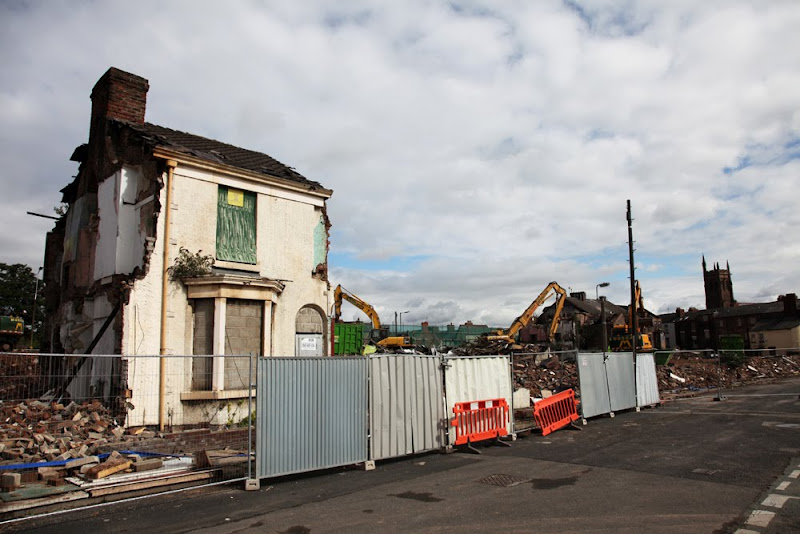 No. 97 remains the last house standing in the eastern half of Royston Street. A couple of the demolition crew told me that the properties were in a poor state structurally and that one of the hazards of their job was watching out for the discarded syringes. I was told that one house had a thousand used needles in one room (I assume that was an estimate). Contrast this photo with the entry for 13th June.
Posted by Alan Carr at 00:11